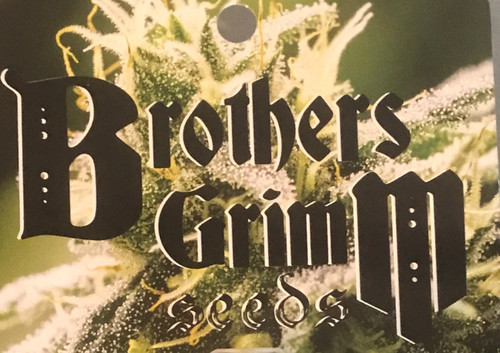 SKU:
UPC:
Availability:
ships within 24 hours or available for in store pick up
Shipping:
Calculated at Checkout

When we release feminized cannabis seeds, we have done enough work to ensure they are all female with zero hermaphrodites. Brothers Grimm founder and breeder, MrSoul, is a respected and frequent speaker at major cannabis events, and his “Feminized Seeds” seminar series is hugely popular.

Over the last five years, MrSoul performed painstaking research that revealed why early feminized seeds generated hermaphrodites. As a result, Brothers Grimm produces 100% female cannabis seeds that have stood the test of time in large commercial cannabis grow operations. These are also perfect cannabis seeds for the small grower who cannot waste space on males.

all sales are final seeds are for collecting reasons only